‘One to Watch’ – Student Pocket Guide Magazine
‘Must Hear’ – Beatport

Mila Falls is like a tornado hit Las Vegas and left a wake of glitter in its path. Her style is stomping beats, soul vocals and a wicked left hook. She grew up in Norwich and studied at Brighton University as a music producer and is self- taught guitarist and keys player. She started DJ-ing and songwriting over instrumental vinyls when she was 13 years old. She officially started her singing and song writing career when she landed a sync in the US blockbuster “Bring It On” (Published by DWB).

Mila Falls was the voice of the Fifa World Cup 2018, her voice was heard by millions across the world on the title sequence for every match. Mila worked closely with the composer Jim Copperthwaite to rework Tchaikovsky’s timeless masterpiece “Swan Lake”.

Her latest single ‘Guilty Pleasure’ encapsulates the intoxicating throws of lust, love and feeling truly alive. Similarly the track uses an upbeat soul as a vehicle to deliver sonic-cheeriness, but this time with an RnB edge. Transporting you somewhere glorious and giving ‘escapism’ an entirely new meaning, this track delivers smooth tones, sung in a modulated fashion mixed with understated coo.

Mila entered the studio to dream up her 2nd album with one thing on her mind… ‘I wanted to write a soul / RnB, song with a Jessie Ware / Miguel flavour. Lyrically, I channelled the love I have for my boyfriend when writing it, very cheesy I KNOW!’

In Mila’s own words ‘This is possibly my favourite track I’ve written, it’s fun, upbeat and it’s music I want to be making. I am proud of the melody and lyrics on it.’

Having just landed from her 5th tour of Ibiza, Mila is currently gearing up to release her new single “Guilty Pleasure” due for release in October 2016 which will see her on a national BBC radio tour and performing on television with her live band.

Eternally creative and keen to showcase her new sound ‘Can’t Let You Go’ places Mila’s soft, raspy vocals gently on a bed of upbeat 70’s funk beats which gives a profound sense of optimism to a track which lyrically talks of the idealistic notion of wishing for a love to be rekindled which has in reality been lost forever. The track captures perfectly the freedom and strength which arises from within when allowing oneself to be vulnerable following heartbreak. To reflect this the music video for ‘Can’t Let You Go’ solely features people over the age of seventy and tells the story of a woman, recently widowed who is searching to recapture some joy and playfulness in her life following the loss of her husband.

Mila’s career has taken her on adventures supporting Rudimental, Jess Glynne, Floyd Mayweather, Ringo Starr, Van Morrison and UB40. Mila has been on the front cover of magazines, and performed on UK television.

2014 saw Mila play London’s Olympic Park to an audience of 10 thousand, support UB40, Ella Eyre and embark her debut European shows in Germany and two tours of Ibiza, including performances at Ibiza Rocks.

Releases and Radio Play
Oh My – British singer-songwriter Mila Falls landed her first record deal with Defected Records in 2013 featuring on S.Chu’s “Oh My” championed by Annie Mac and Toddla T on BBC Radio 1, achieved “Smash Of The Week” on BBC 1Xtra and was aired by DJs worldwide.

Starlight – “Starlight”, Mila’s debut solo release is a hybrid of pop and drum n bass. The music video takes you on a journey into Mila’s imagination unleashing her six vivacious and colourful alter egos. International gaming brand Playstation and Fitness First featured Mila’s Starlight music video worldwide and it has also been aired on UK Television.

Mila Falls’ debut album: “Remember Me” – Mila has teamed up with guitarist and producer Marius Ptas AKA Slickersson to create an album that captures her love for a whole range of different genres. “Remember Me” takes you on a journey through 70s funk, 80s synth pop, and 90s electronica all strung together with Mila’s raspy soul vocals and Slickersson’s definitive production sound. Lyrically, Mila has her heart firmly on her sleeve with this new record.

Mila has featured on Boy George’s “Hotfingers Talks” Album and has released singles with UK electro giants Resistance on No Tomorrow Recordings. Mila collaborated with and featured on Artillery Record’s Solsine latest record “Monster” (Remixes for Florence and Machine, Kiss FM). Most recently Mila collaborated with one of Germany’s most famous House DJ producers Roger Shar and released a single through Magic Island Records.

Mila has been part of song-writing camps around the world, landed cuts for international artists from Spanish Pop Idol, Britain’s Got Talent, syncs in commercials, international TV and Hollywood films and has worked on her debut album with Grammy Award winning producers with credits such as Britney Spears, OutKast, Corinne Bailey Rae and Stereophonics. Mila Falls also works professionally as a session vocalist and has achieved multiple releases and syncs through BMG & Universal Publishing. She has had her music in Channel 4’s programme “Made In Chelsea” and she has written the #Can’tWaitForSummer 2015 advert campaign song for Fearne Cotton’s brand “Very.co.uk”. As a songwriter, Mila has penned songs for artists around the world from Universal, Warner and Sony Music and has achieved millions of streams on Spotify and youtube. She has worked with global brands such as Apple, Youtube and Universal Audio. Mila has recently been chosen as a delegate songwriter representing the UK at international song writing camps in the Norway, Spain, Poland, Sweden, France and the Netherlands and has some very exciting releases planned with her publisher DWB. 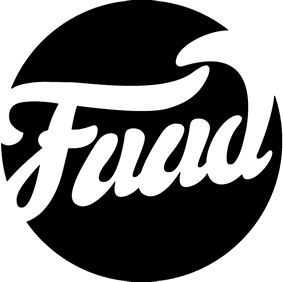 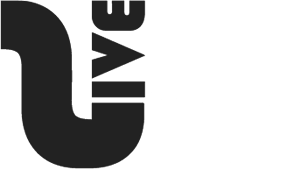 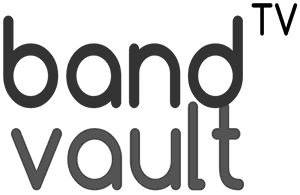